The CHAOS series finally arrives on Nintendo Switch™ with this 2-games-in-1 double pack! CHAOS;HEAD NOAH – Play as Takumi and use your “Delusion” to find the truth about a serial murder case called “New Generation Madness”. Your delusion will change the endings! CHAOS;CHILD – Play as Takuru and explore Shibuya in 2015, after an earthquake nearly leveled the city six years prior, and try to outsmart the puppet-master behind this New Generation Madness.

CHAOS;HEAD NOAH included in CHAOS;HEAD NOAH / CHAOS;CHILD DOUBLE PACK is the first HD remaster in the CHAOS;HEAD series and has powered up even more since the first version. Everything has been remastered in 1080p and play has been improved thanks to the MAGES Engine. Also includes all OP movies in HD remaster, including the new songs made for the port. Enjoy the fantasy, the madness, all the clearer.

CHAOS;HEAD NOAH
Takumi Nishijo is a second-year high school student on the verge of becoming a shut-in.
“I have no interest in 3D.” He lives surrounded by his beautiful girl figures in his room.
He lives in Shibuya, where there has been a series of bizarre serial murders known as “New Generation Madness” (aka NewGen).
The culprit has yet to be caught and has been causing unrest on the internet and television.
One day, a gruesome image that seemed to predict the next NewGen killing was sent by a mysterious figure called “Shogun.”
The next day, on his way home from school, Takumi encounters a horrific crime scene, exactly as predicted.
Before the corpse is a blood-soaked girl – Rimi Sakihata.

CHAOS;CHILD
October 2015, 6 years after the disaster known as the “Shibuya Earthquake.”
A series of strange incidents occur in the recovering Shibuya.
A person who dies a mysterious death during a live internet broadcast.
A person who dies while singing during a street performance.
A body hanging and spinning from the ceiling of a love hotel.
People started to realize.
The date is the same as the incident that occurred in Shibuya 6 years ago.
-Yes, this is the return of the New Generation Madness.
But – there is one thing. Just one thing is different. A mysterious sticker left at the crime scene.
No one knows yet that the mysterious sticker, which looks like a creepy sumo wrestler, will be the key to solving the NewGen case.
A committee of 300 working in the dark.
Awakening delusion manifestors.
Their “fetal movement” will unleash the door of delusion once again….. 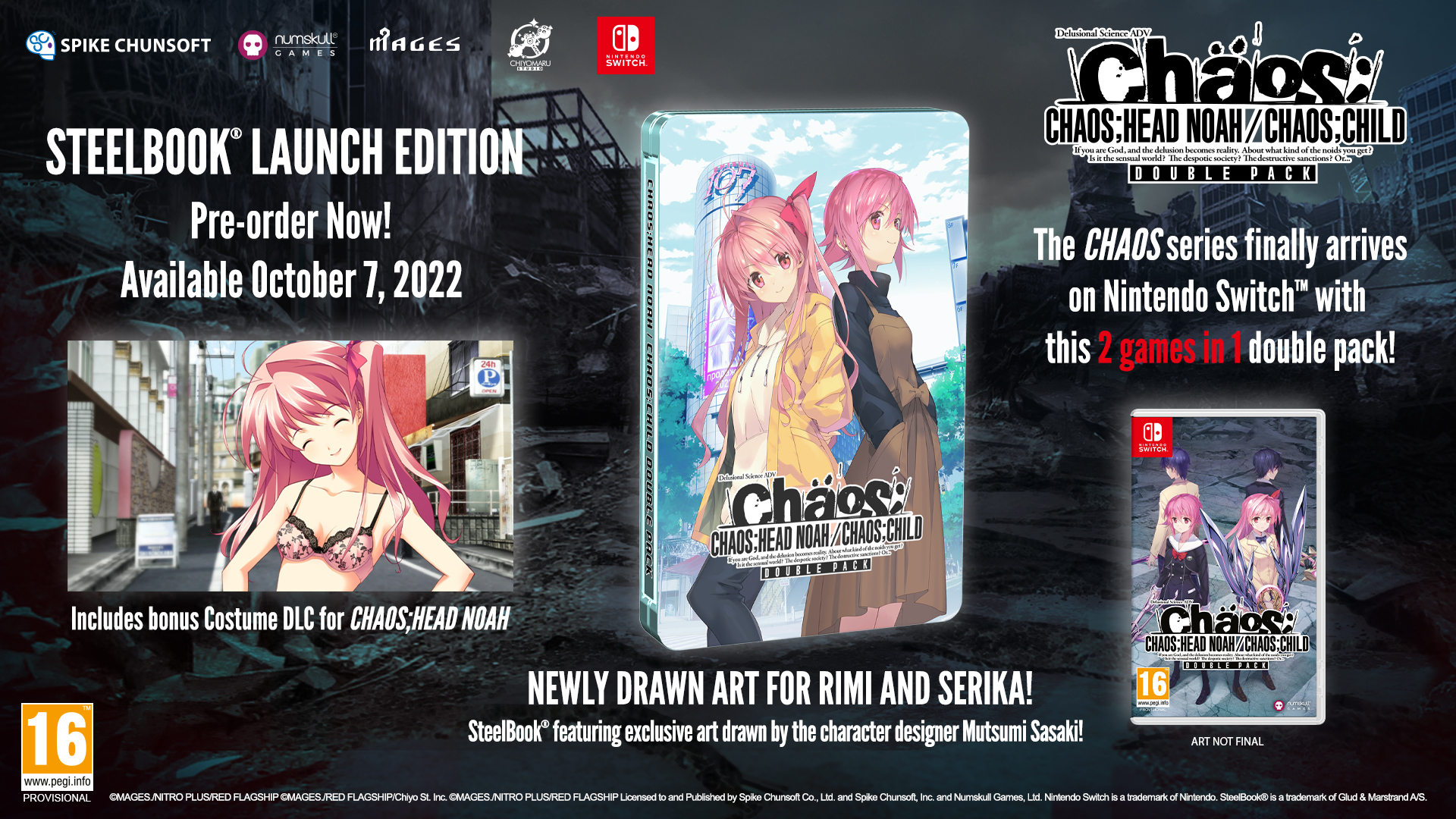 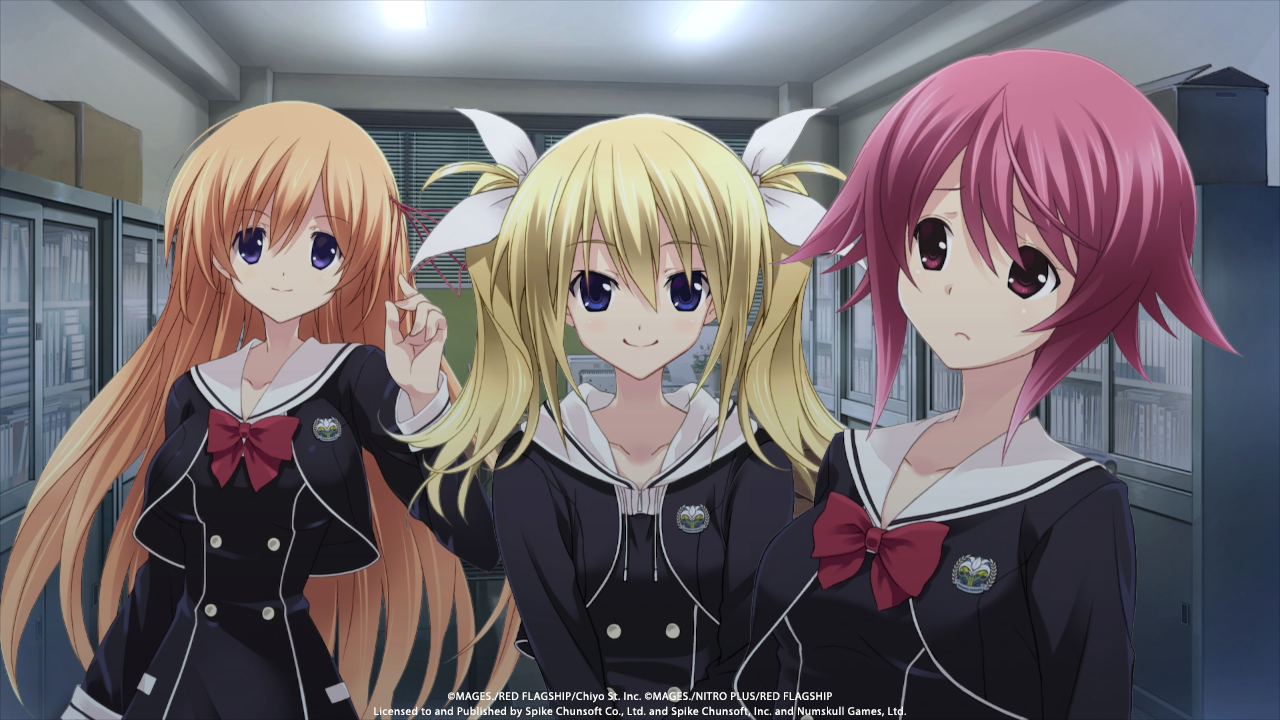 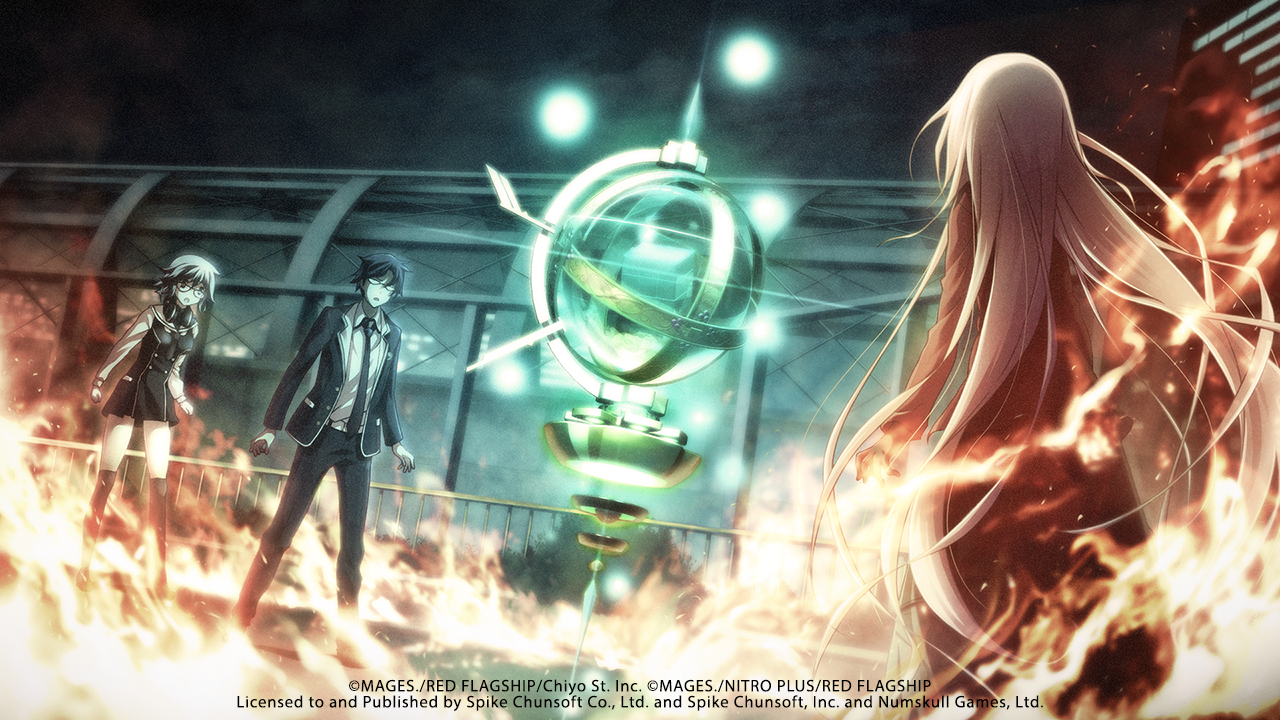 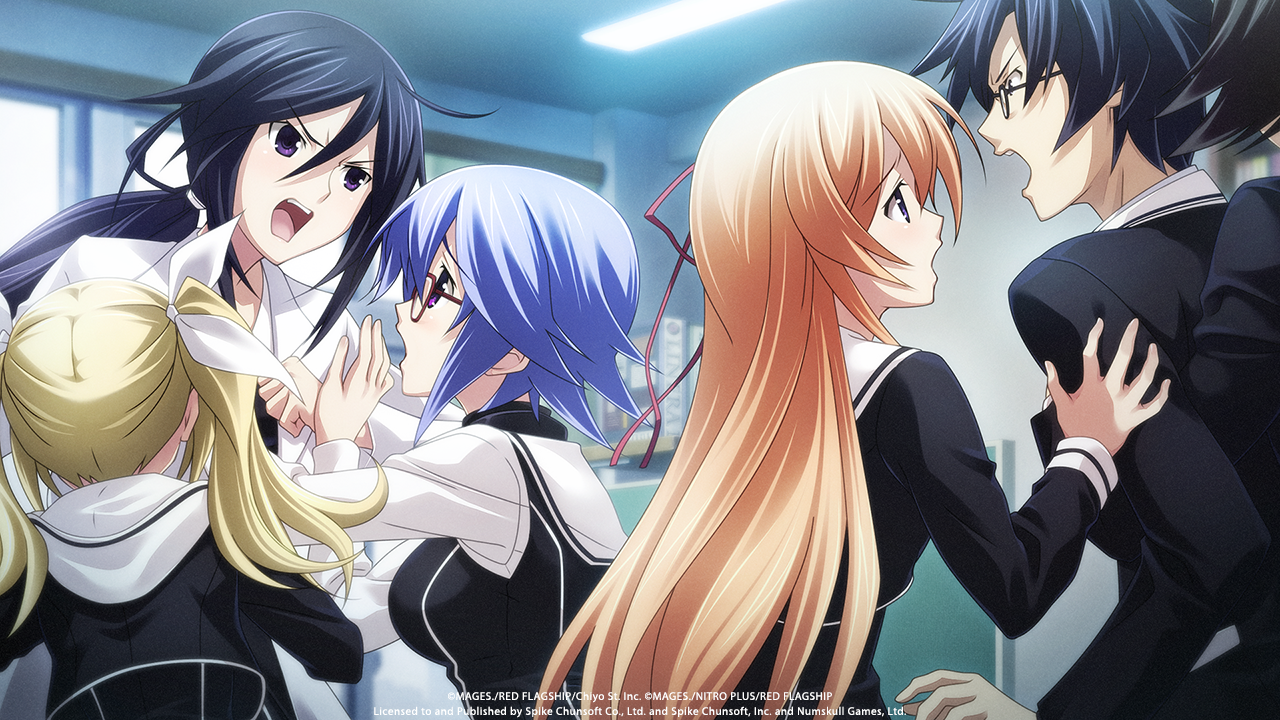 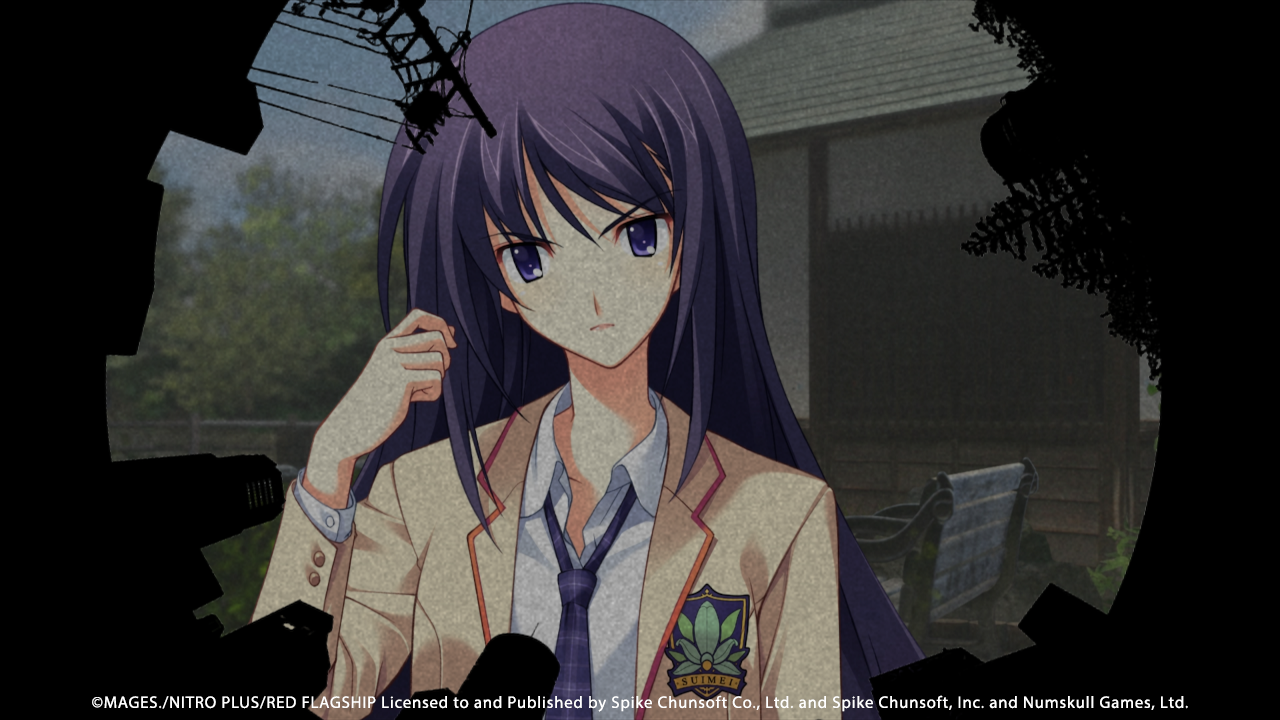 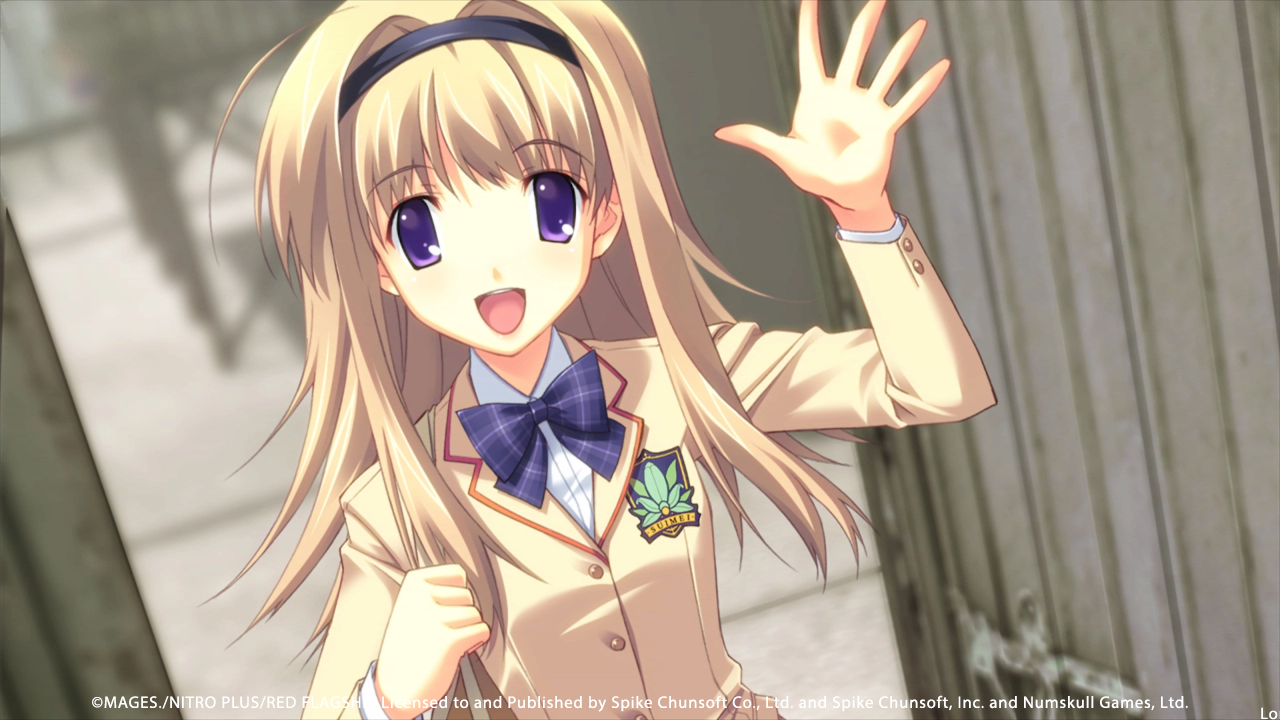 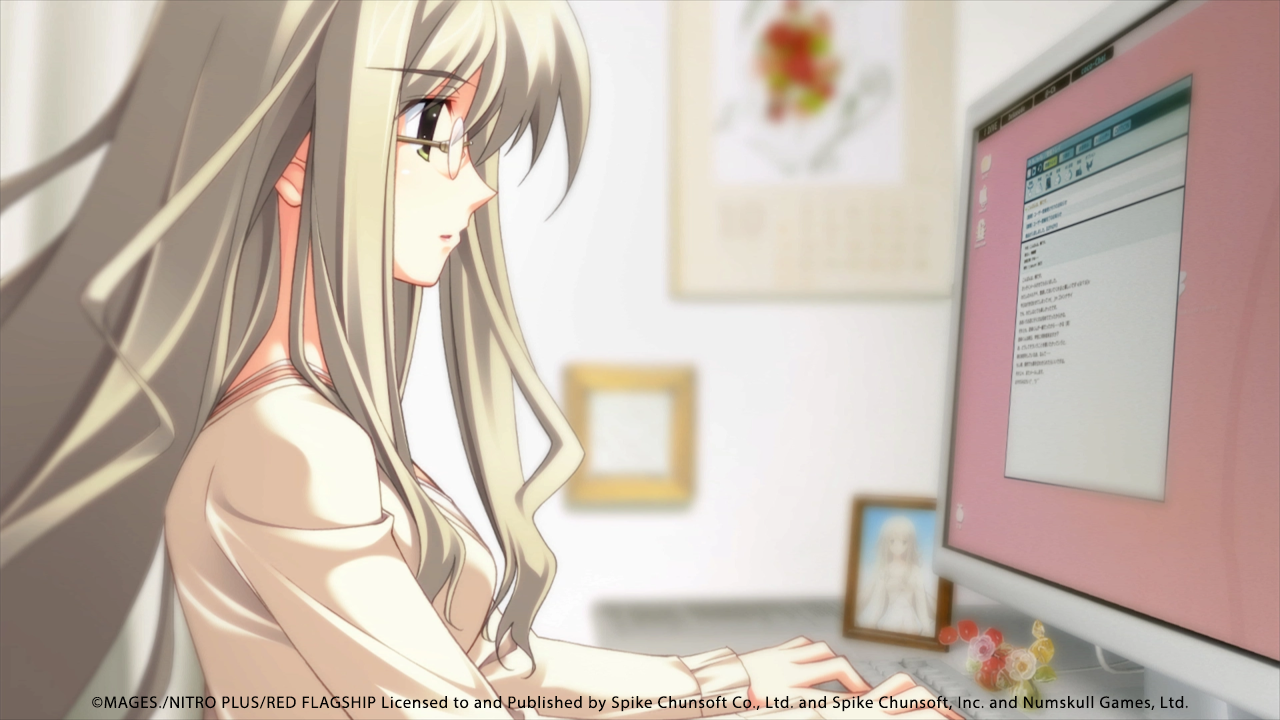