Final Vendetta is a hard-hitting action packed beat ‘em up for 1 or 2 players in the vein of classic arcade titles. Featuring stunning pixel art and a thumping soundtrack with exclusive tracks from Utah Saints! Brawl with bad dudes and tough girls as you fight through dangerous environments.

Claire Sparks, a student and martial arts expert, who has become unwillingly embroiled in the rescue of her sister. Duke Sancho is a quick-witted, bare-knuckle fighter from London, earning his nickname after a brawl in the Duke of Wellington pub. Not forgetting the towering figure of Miller T. Williams; a Canadian ex-pro wrestler, controversially removed from competitions for use of excessive force. Together the three friends must battle their way through the streets of London on a dangerous journey to bring back Claire’s sister!

Find out more in our gameplay preview! 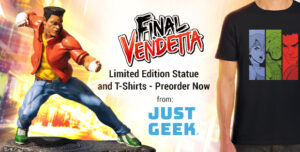 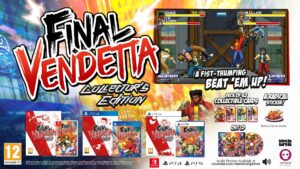 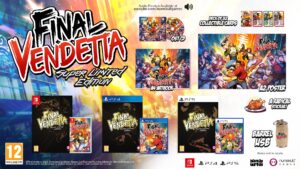 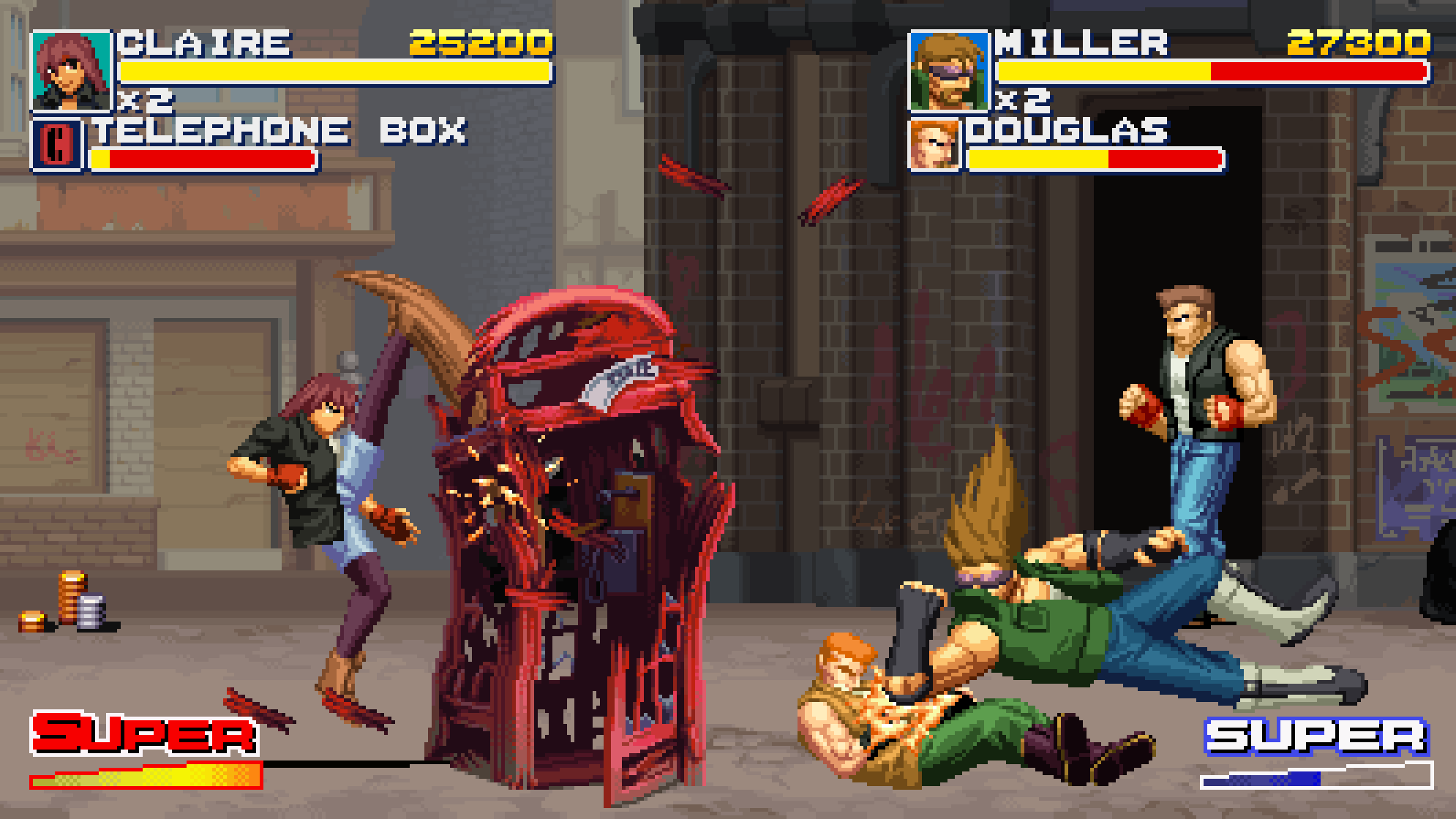 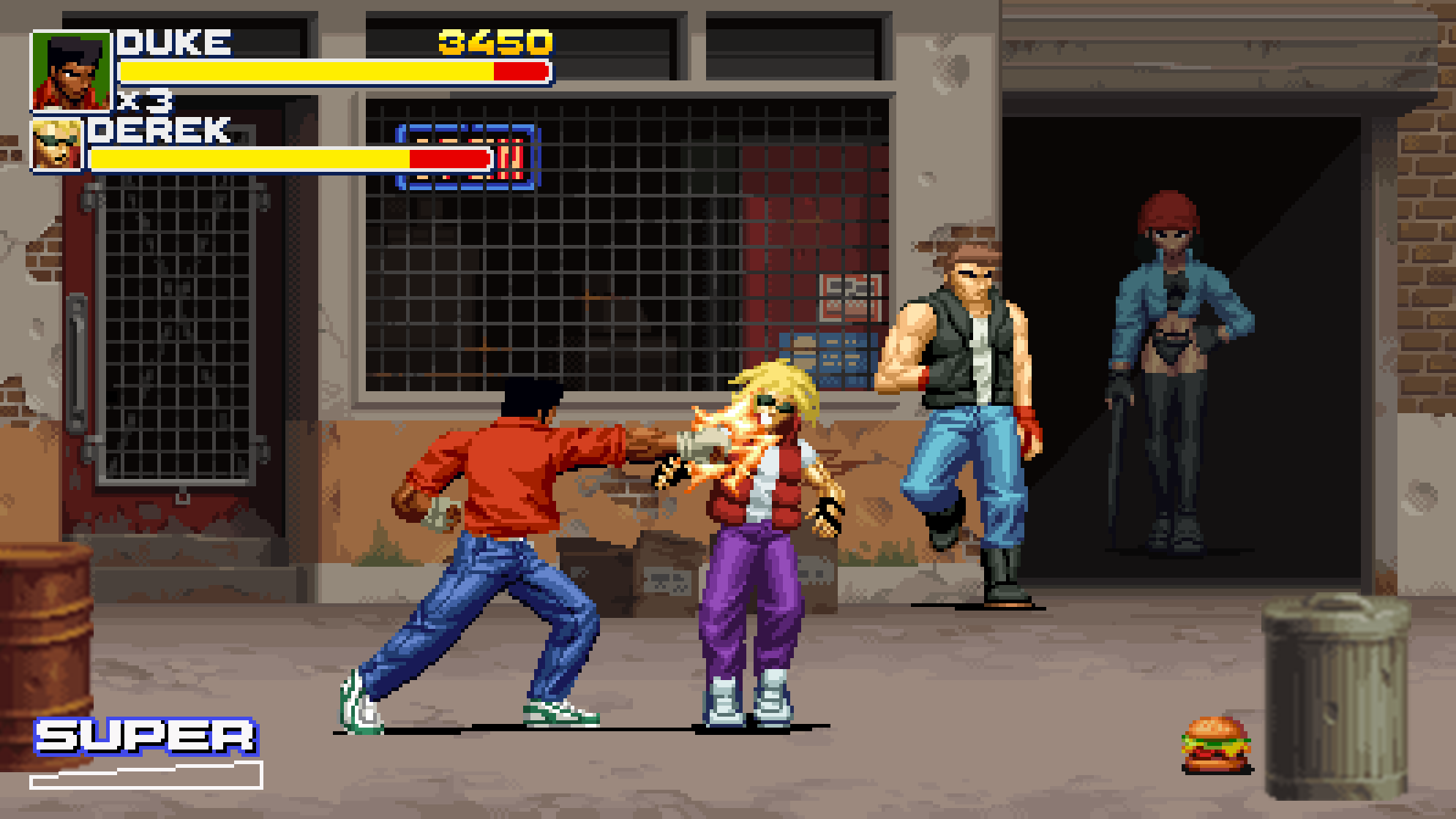 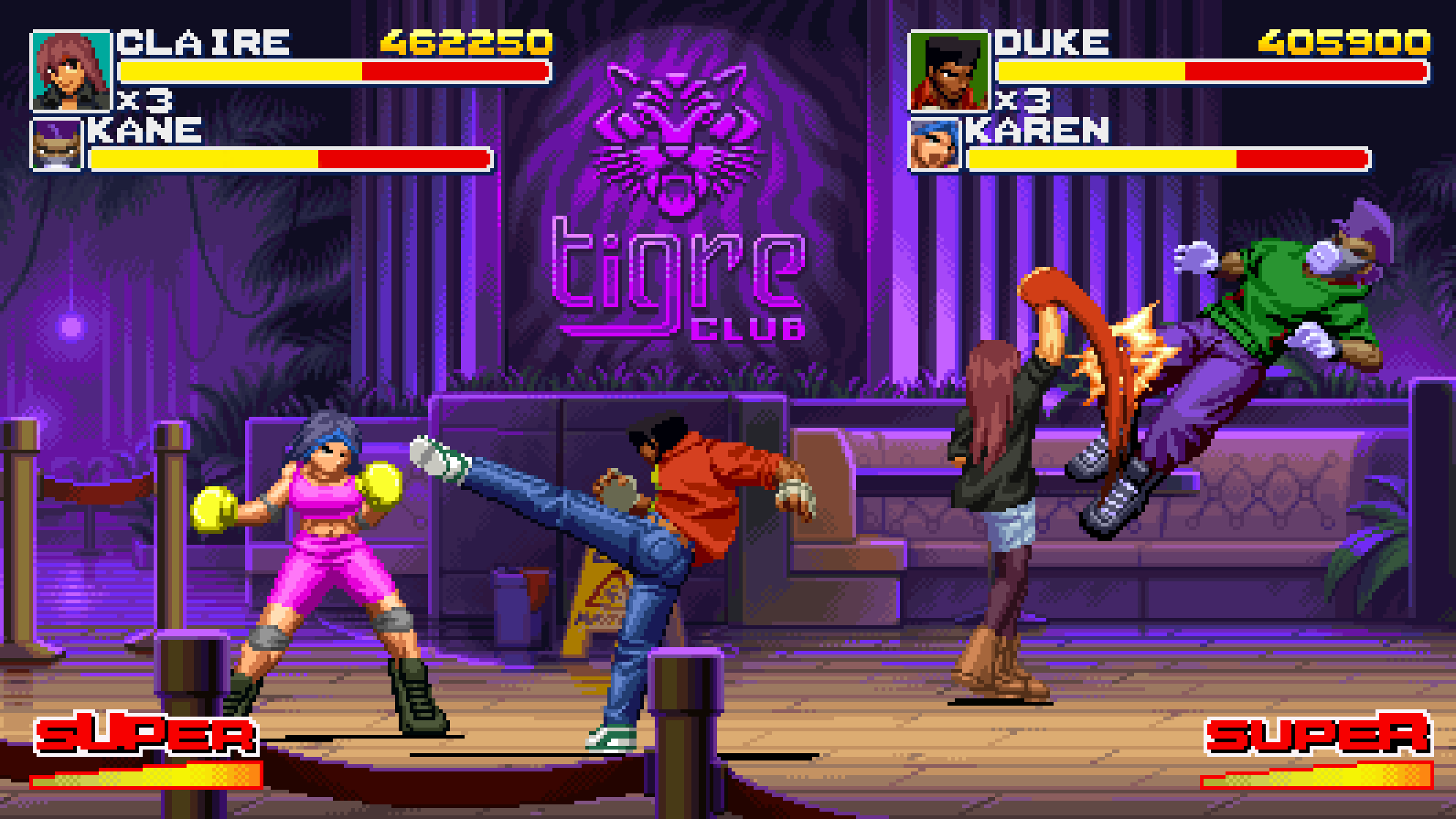 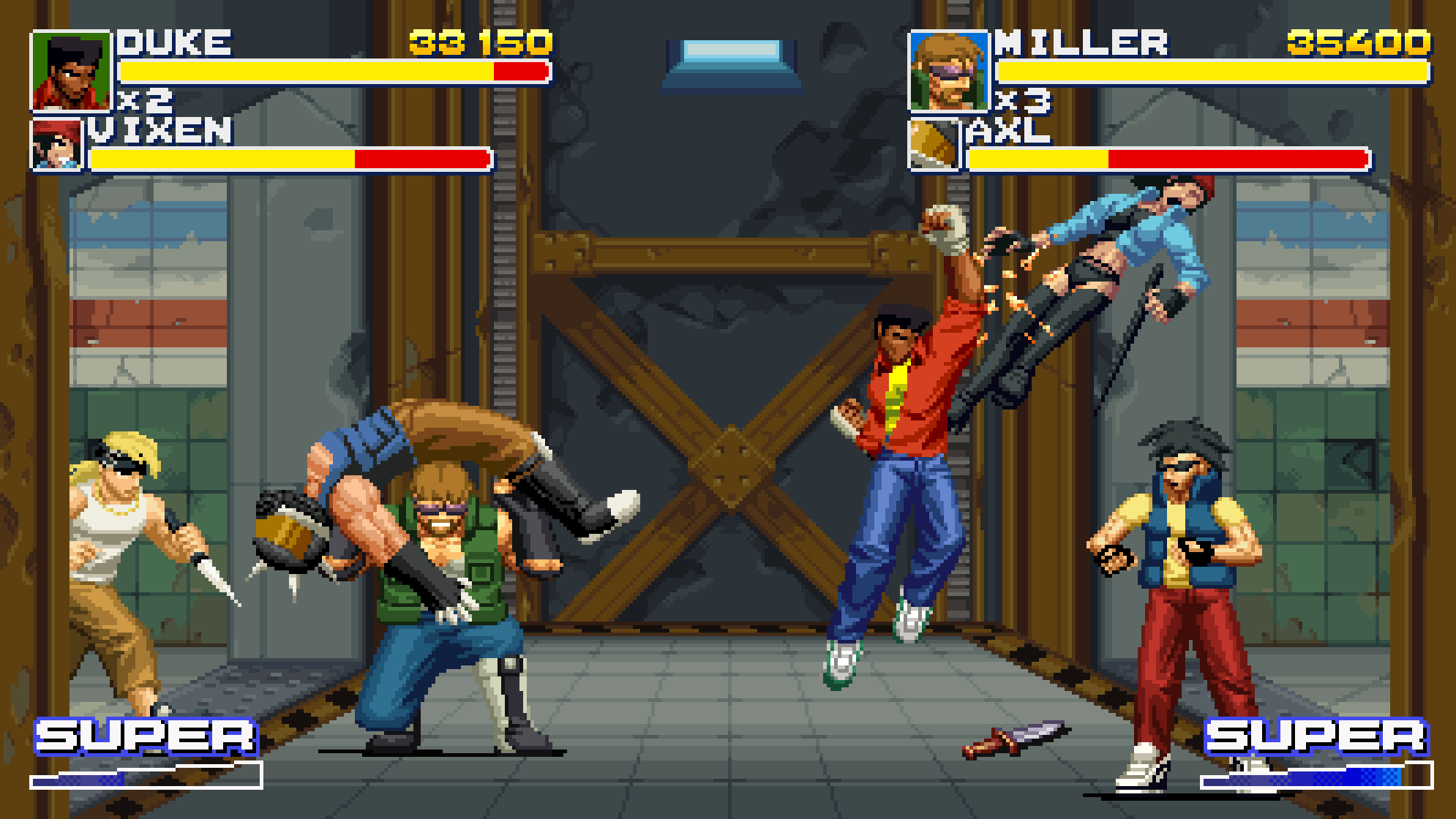 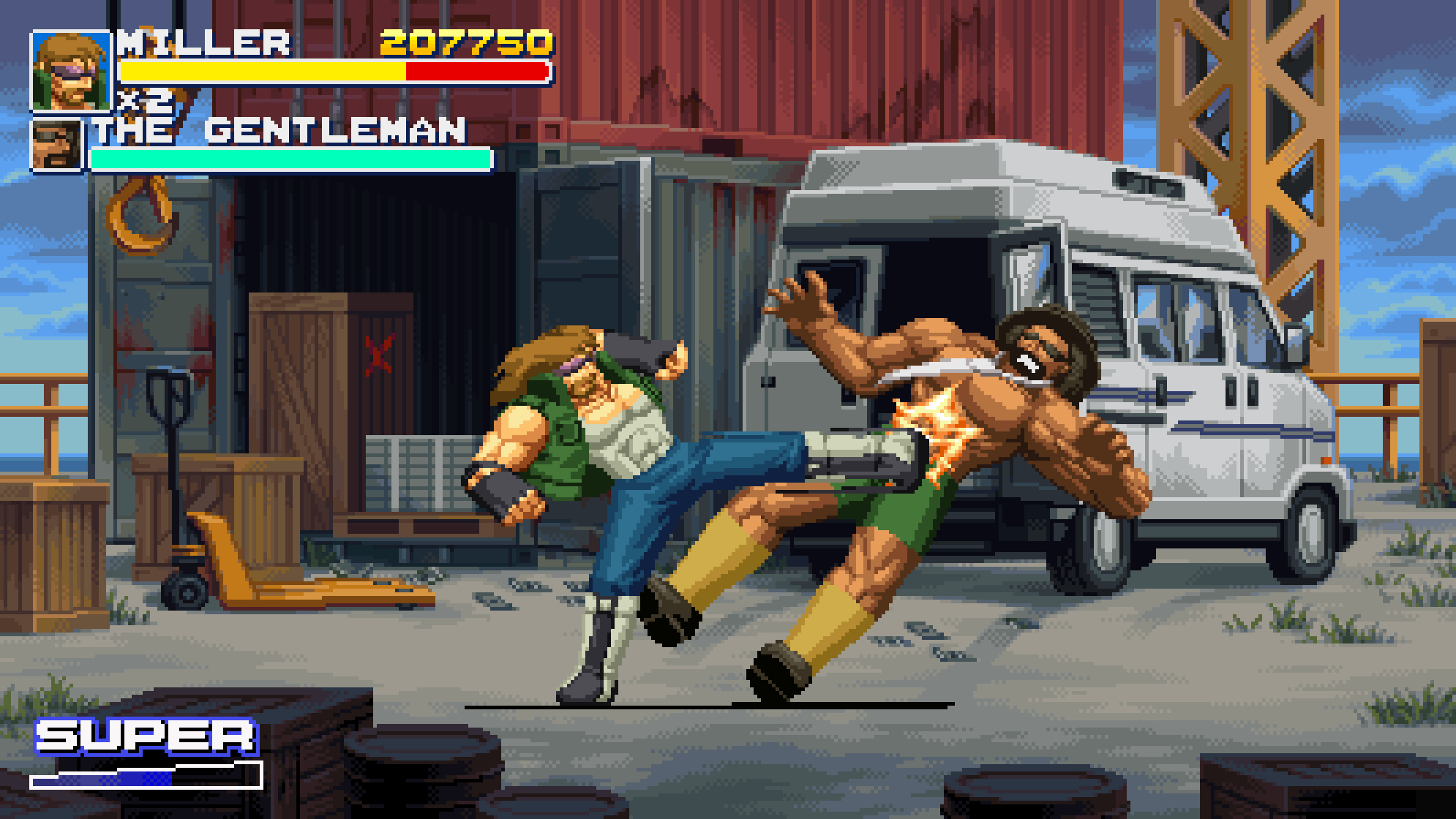 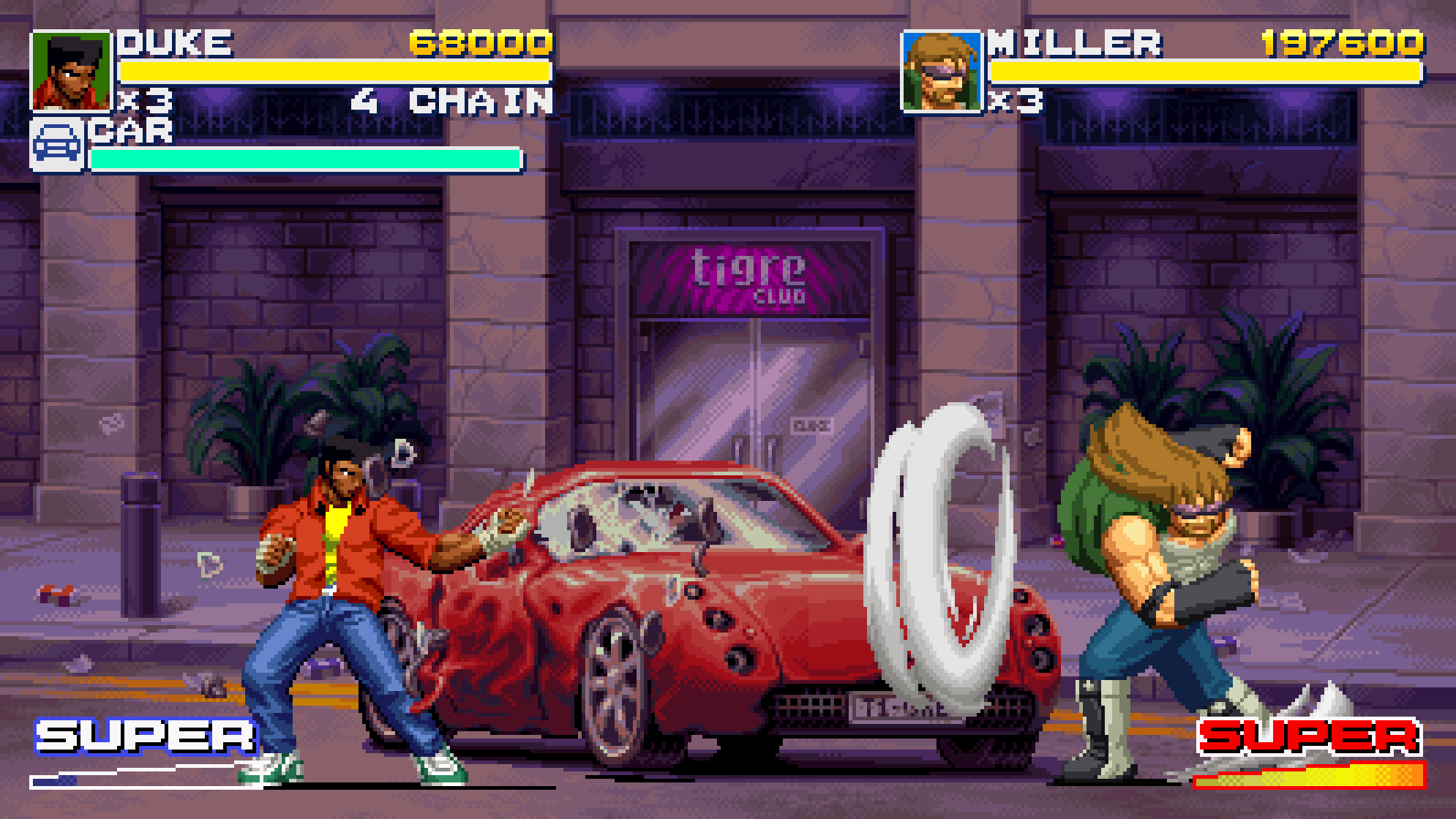 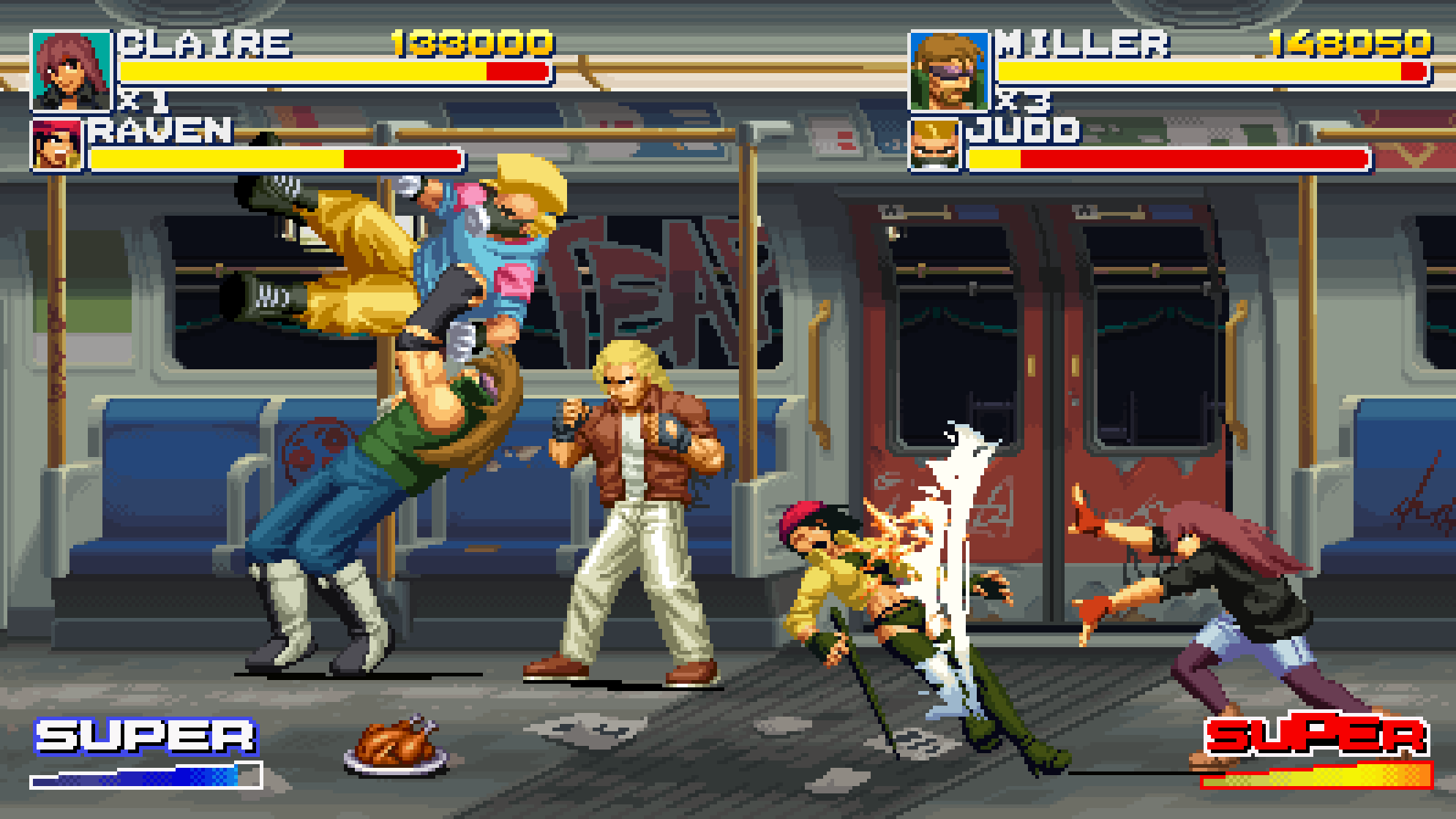