Made in Abyss: Binary Star Falling into Darkness

Made in Abyss: Binary Star Falling into Darkness is a 3D Action RPG in which players themselves descend into the world of the Abyss and grow through their experience in its depths. In addition to a story mode in which players can relive the story of the anime while learning the basic system and how to progress in the game, there is also an original story supervised by series author, Akihito Tsukushi. Many characters from Made in Abyss appear, and event scenes are fully-voiced by the cast from the anime. Fans are sure to enjoy the dark fantasy that remains true to the unique flavour of the original work.

Collector’s Edition
The Collector’s Edition includes a 24″ x 36″ commemorative movie-sized cloth poster featuring new exclusive art by Kinema Citrus, the team behind the Made in Abyss anime, and your very own Cave-Raiding Notebook, containing pictures and information about primeval creatures, Relics, and Whistles, as well as space to take your own notes while diving into the netherworld.Everything comes packaged together in a Collector’s Edition outerbox!

Take the Dive of Your Life!
Made in Abyss, the breathtaking manga and anime series by Akihito Tsukushi, is getting its first-ever video game adaptation!

Experience the Anime’s Story
The story begins with Riko and Reg’s meeting in the first episode of season one. This marks the start of their great adventure, and together they travel to Seeker Camp in the second layer of the Abyss. Experience the awesome power of the Curse of the Abyss, as well as the astonishing, legendary entities known as primeval creatures. Prepare to glimpse the world of Riko and her friends.

Experience a Brand-New Story
Another story takes place many days after Riko and Reg depart for the Abyss. The world’s sole remaining, unconquered chasm, the Abyss, is the stage where many adventures are born…and disappear. Those who appear in these stories are mesmerized by the power of the Abyss and aim
for the bottom of the netherworld. The story about to be told is of the adventures of a nameless Cave Raider in the Abyss. 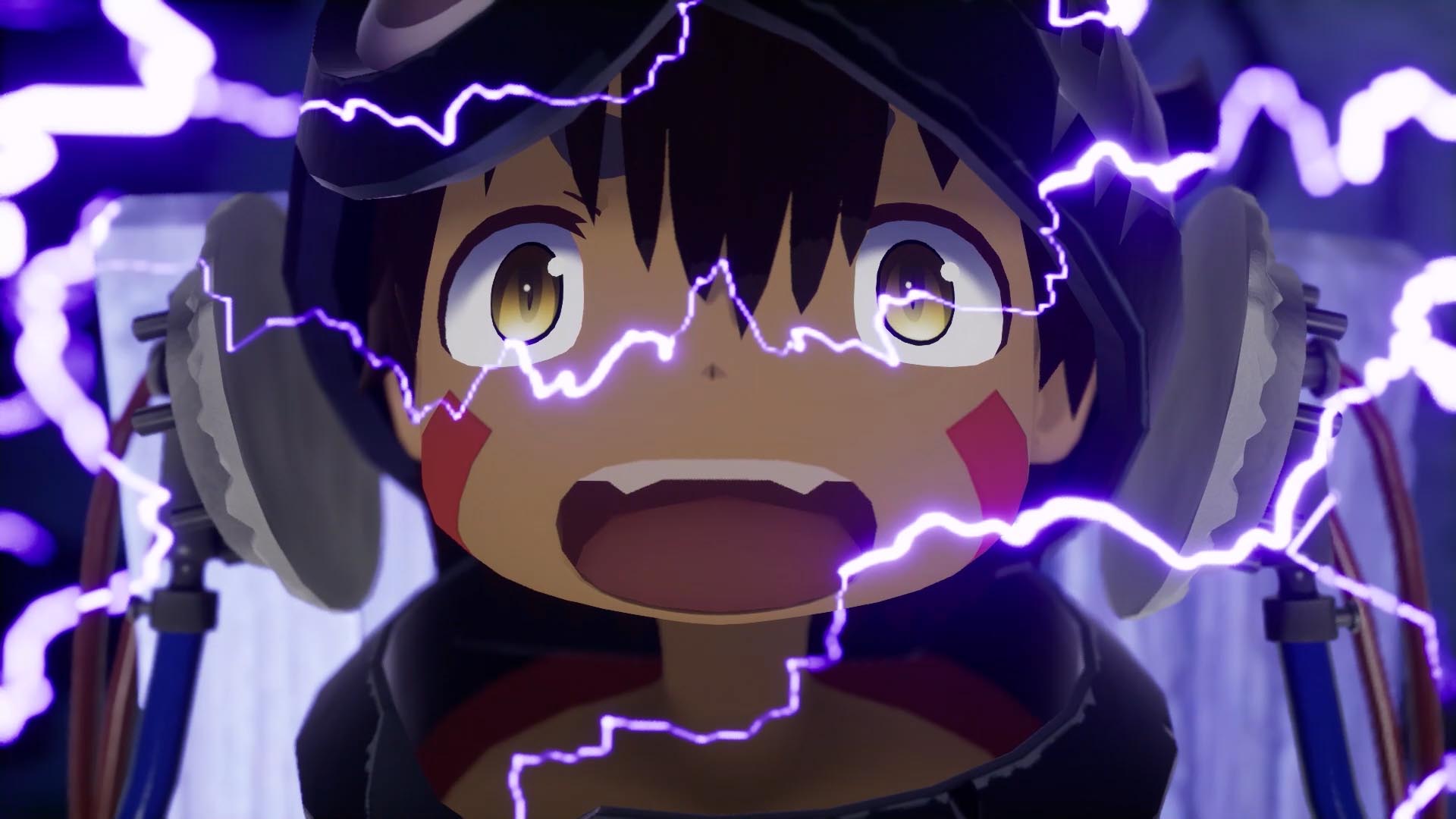 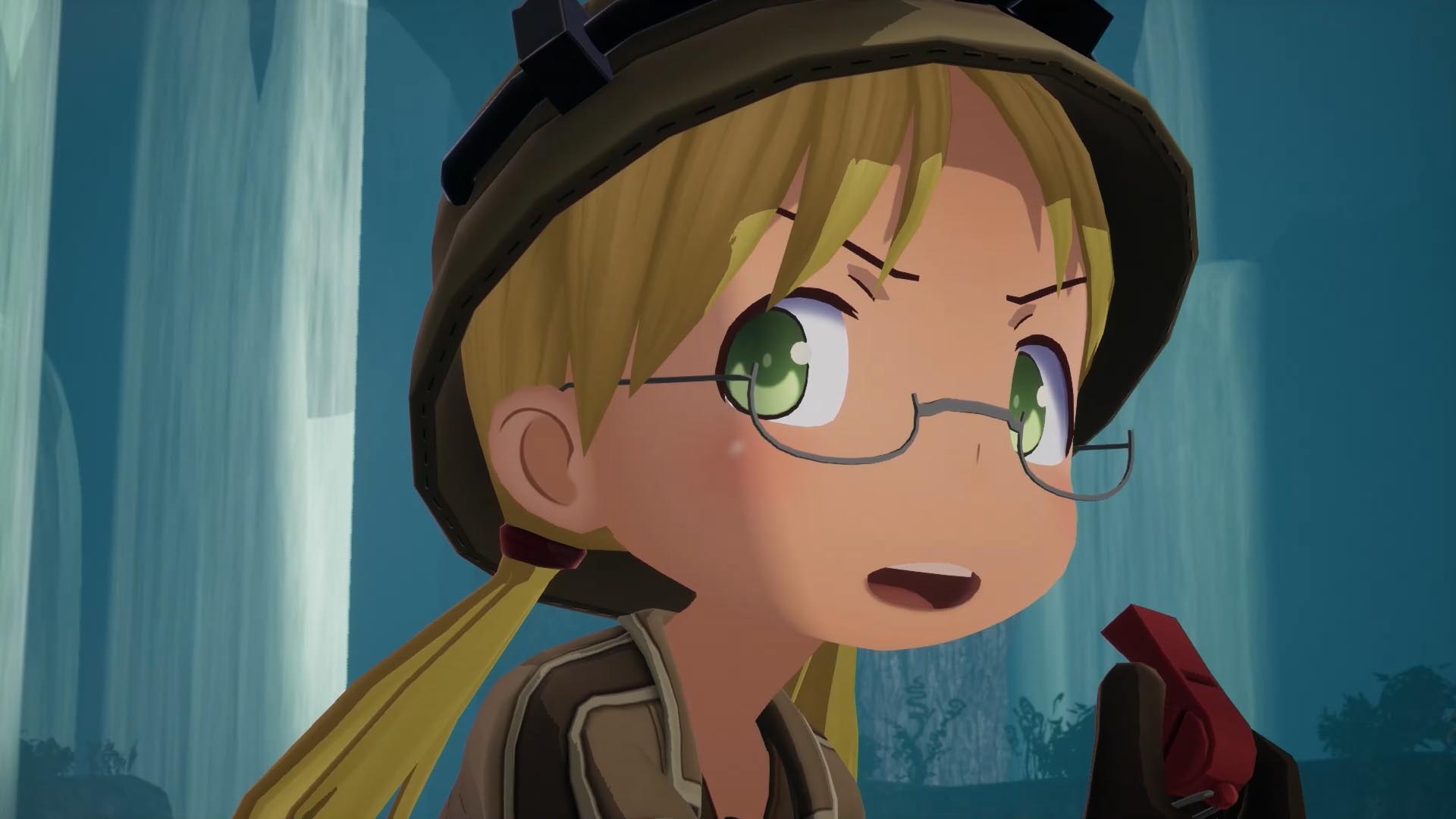 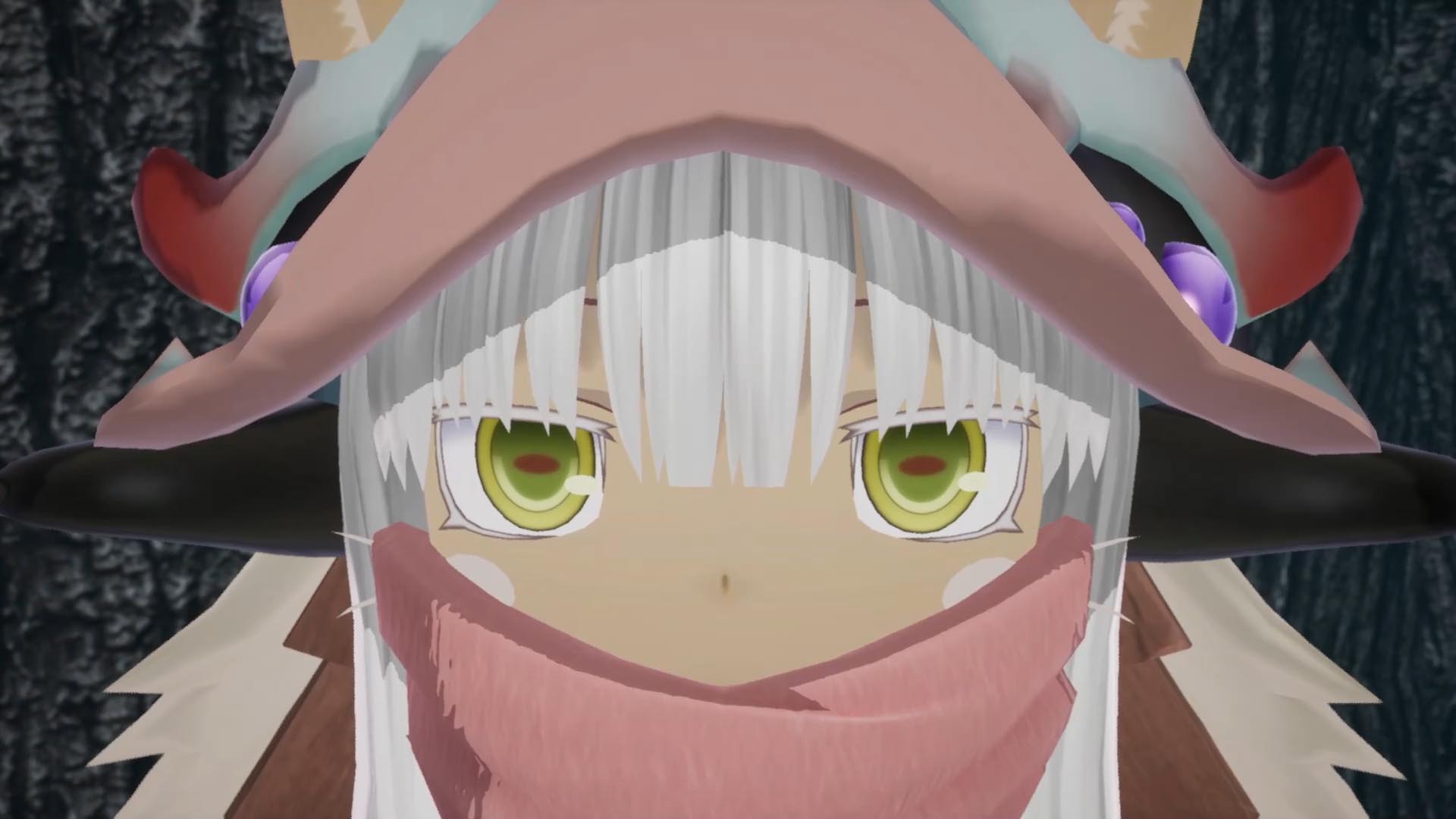 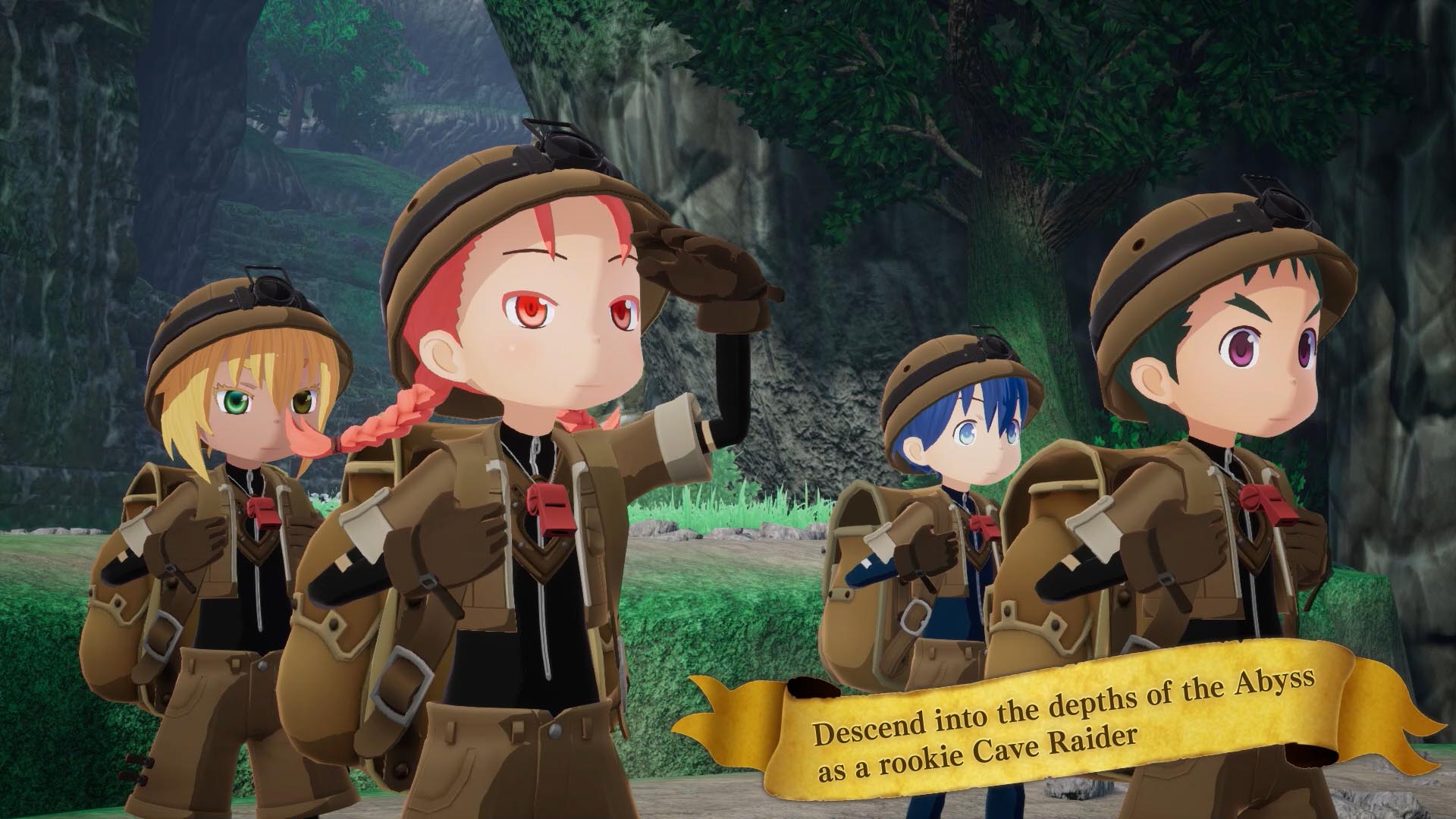 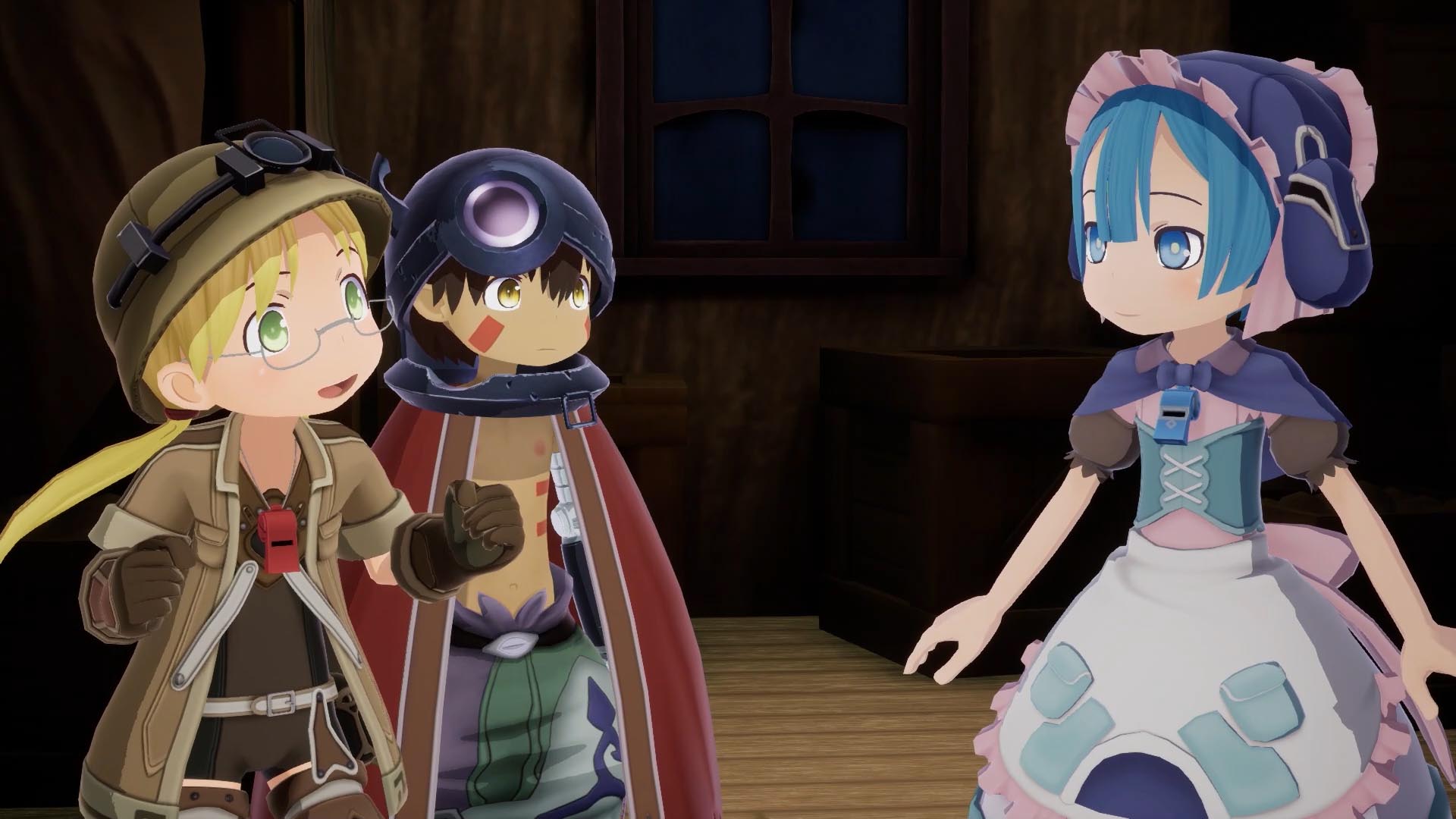